A little over two years ago, EzyAccounts was approached by a small plastics manufacturer who needed assistance getting their books in order.

Many small business owners initially take responsibility for completing their accounts, and this client was no different. However, due to a recent family tragedy, DIY bookkeeping was no longer possible, and so EzyAccounts was engaged to complete the books on a monthly basis.

Upon getting started, it became apparent that a number of basic accounting principles were not being followed in the business. Up to this point, the books were being completed with primitive, Excel-based accounting software, with no double-sided accounting.

Not only was the software below par, many transactions were not being recorded, and no management reporting was being undertaken.

Payroll was another area of great concern. Employees were being paid. However, contributions to superannuation and PAYG payments to the tax office were inaccurate, because only one side of each transaction was being recorded.

With liability reports missing from the general ledger, payments were often a guesstimate based on previous lodgements. While the tax accountant lodged BAS returns, the accuracy of the information used to calculate these liabilities was questionable at best.

The plastics manufacturer was generating in excess of $3 million of revenue a year. But with poor bookkeeping, it was only a matter of time until disaster struck.

The Power of Accurate Record Keeping

With all these problems and challenges, our first task was to bring the accounts into the twenty-first century, with appropriate systems and processes for specialised manufacturing bookkeeping.

Our initial priority was to migrate the Excel-based accounting software to a reliable software program that enabled accurate recording and management reporting. This was no easy task as the plastics manufacturer’s books were in a total state of disarray.

Initially believing it would be a ‘one day a month’ job, the client was quickly made aware of the true state of their accounts, and so for the first 3 months, 3 days a week were spent bringing the books up to a state where they once again accurately reflected the financial position of the business.

The previous accounting software did not have a debtors’ ledger, and this resulted in the plastics’ manufacture believing that they had been paid for a number of invoices which, in fact, remained outstanding. Accurate recording and reporting resulted in the client collecting $30,000 in invoices which they did not know were owing. This minor amendment to systems brought about an instant reward.

This, however, was the tip of the iceberg. Like many small business owners, the plastics manufacturer was using the company credit card for personal expenses. As receipts were not kept for any transactions, the time taken to reconcile these accounts on a monthly basis was prolonged. After explaining the situation to them, our client soon understood the need to keep personal and business expenses separate, and made the necessary changes.

Recurring pay runs were also created so the time required to enter pay runs on a fortnightly basis was significantly less than it had been under the previous processes.

While all of this was a time-consuming task, the accounts, once completed, were accurate and could be relied upon to produce usable and useful management reports.

With the books now up-to-date, EzyAccounts was also able to provide other value-adding bookkeeping services.

Because the previous accounting system had been primitive and unreliable, no management reports were previously being produced. As a consequence, the owner had no understanding of the true financial position of the plastics manufacturing business, and while they believed they were growing year on year, they had no quantifiable evidence to prove this.

Having previously worked with the client to raise a debtors’ ledger and begin collections, the EzyAccounts bookkeeper developed a monthly reporting package that included interpretations to the owner of the Profit and Loss and Balance Sheet – two basic management reports that had been missing previously.

Utilisation of labour cost reports are a key KPI within any manufacturing business. For a company that operated 24 hours per day, split over three shifts, it was imperative for our client to understand when utilisation of labour drops, and, even more importantly, why.

The improvement in operational efficiency increased production revenue without increasing costs of production. This has had a positive impact on profit margins of the business, which are reported on and discussed on a monthly basis.

As our bookkeeper looked for other opportunities to improve the business’s profitability and efficiency, time taken to receive payments was identified as an area for improvement. As an accurate debtors’ ledger was now available, continual monitoring and process improvement saw the company reduce their average debtors aging from 64 days to 40 days – a considerable improvement, and not far off the 30 day terms on invoices. With continual management, EzyAccounts and the client believe their target KPI of 35 days is achievable.

Over the past 2 years, accurate management reporting has been in place allowing the business to now compare how they are performing compared to previous years.

EzyAccounts also introduced monthly cash flow forecasting. At the beginning of each month, expense analysis for the previous month was completed. Revenue was compared against raw production costs, costs per hour, and operational efficiency. These accurate and timely reports allow the business owner to better manage cash flow, which in turn helps them to identify strategic management plans.

More recently, EzyAccounts completed a benchmark report for the plastics manufacturer, comparing their company with other businesses of a comparable size within the industry. This in-depth analysis has provided additional insights to the business, and allowed the company to identify further areas for development that will ensure the business continues to progress financially.

Initially spending 3 days a week bringing the accounts up to date, the level of involvement the EzyAccounts bookkeeper has within the business is slowly decreasing. Automation in bank reconciliations and payroll has seen contact time reduced to one day per fortnight.

However, not only has EzyAccounts provided services that have enabled accurate record keeping and reporting and improved profitability and efficiency, they also greatly reduced the stress on the business owner during a time of need.

Do you own or operate a manufacturing business?

As you can see from this case study, professional manufacturing bookkeeping can help your company stay complain with tax and superannuation requirements, and improve its efficiency and profitability.

To learn more about manufacturing bookkeeping and how we can help your business, contact EzyAccounts today on 1300 313 397.

We will call you back ASAP, usually within 30 min.
All discussions are kept confidential.

“I strongly recommend EzyAccounts to anyone wanting to get value out of their bookkeeping. Their service, advice and nothing-is-too-hard attitude is awesome!” 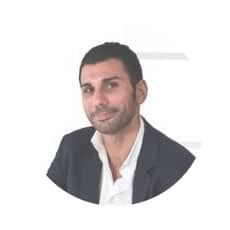